⭐️ Donor ⭐️
Weren't we discussing a potential drop off from last year ? Is this really a surprising season?

That's possible. Akron, Georgetown, And Charlotte have all won or played in the championship game over the last 5 years.


Sent from my iPhone using Tapatalk

Woodbridge High School graduate Brandon Gum spent his first four years of college starting for George Mason University. But a freak injury 11 games into his 2016 senior season changed how the shortstop planned to finish his career.

Gum tore the rotator cuff in his right shoulder after sliding headfirst into home. He rolled on to his right after his left-hand was stepped on. Gum received a medical red-shirt that granted him one more year of eligibility. The question was where he would use it.

GMU told Gum they were moving in a different direction, which Gum took as confirmation that it was time to act on his desire to transfer to another school. The University of Maryland needed an infielder. The school was also close to home, played in the Big Ten and could offer Gum some scholarship money. But the Terps offered something else that appealed to Gum: a successful program with the chance to go deep in the NCAA Tournament.

But the Terps offered something else that appealed to Gum: a successful program with the chance to go deep in the NCAA Tournament.
Click to expand...

Uhhhhh, Mason goes up 8-0 on multiple HR's against defending National Champ's, Coastal Carolina, only to be shut out for the remainder of the game and lose on a walk off single with 2 outs in the bottom of the 9th 9-8 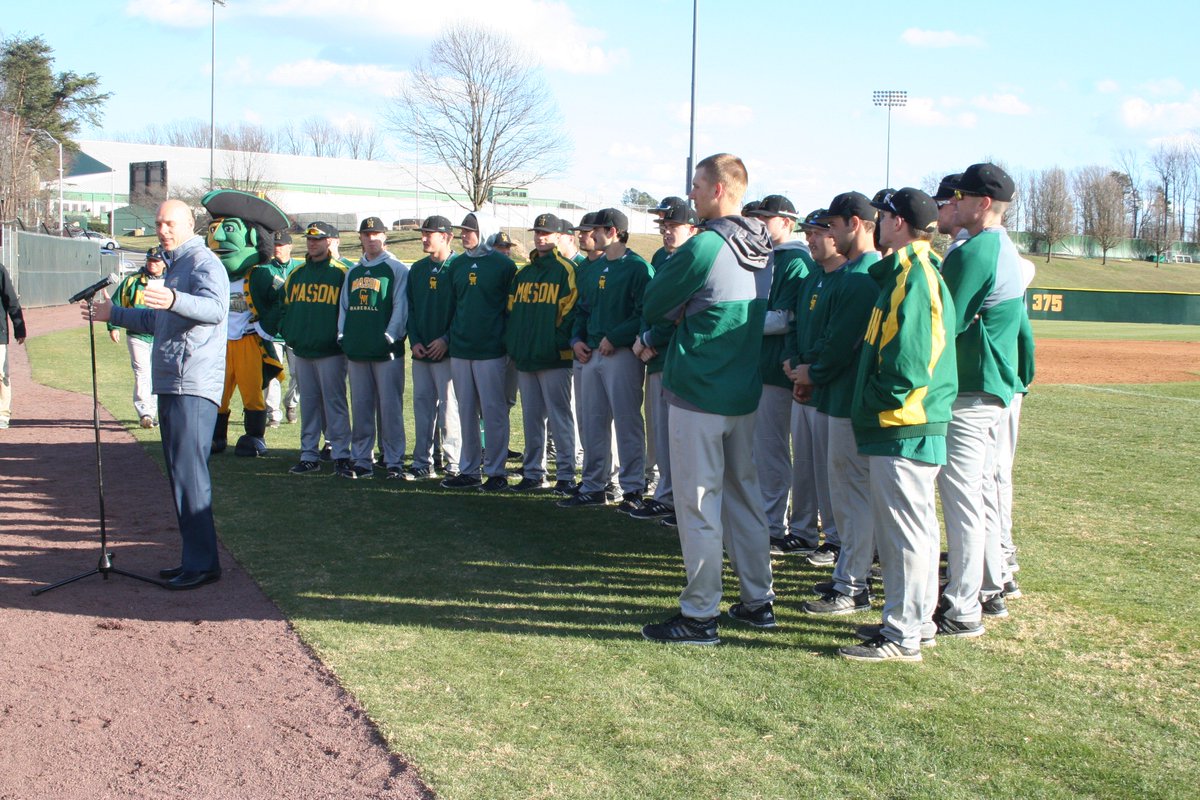 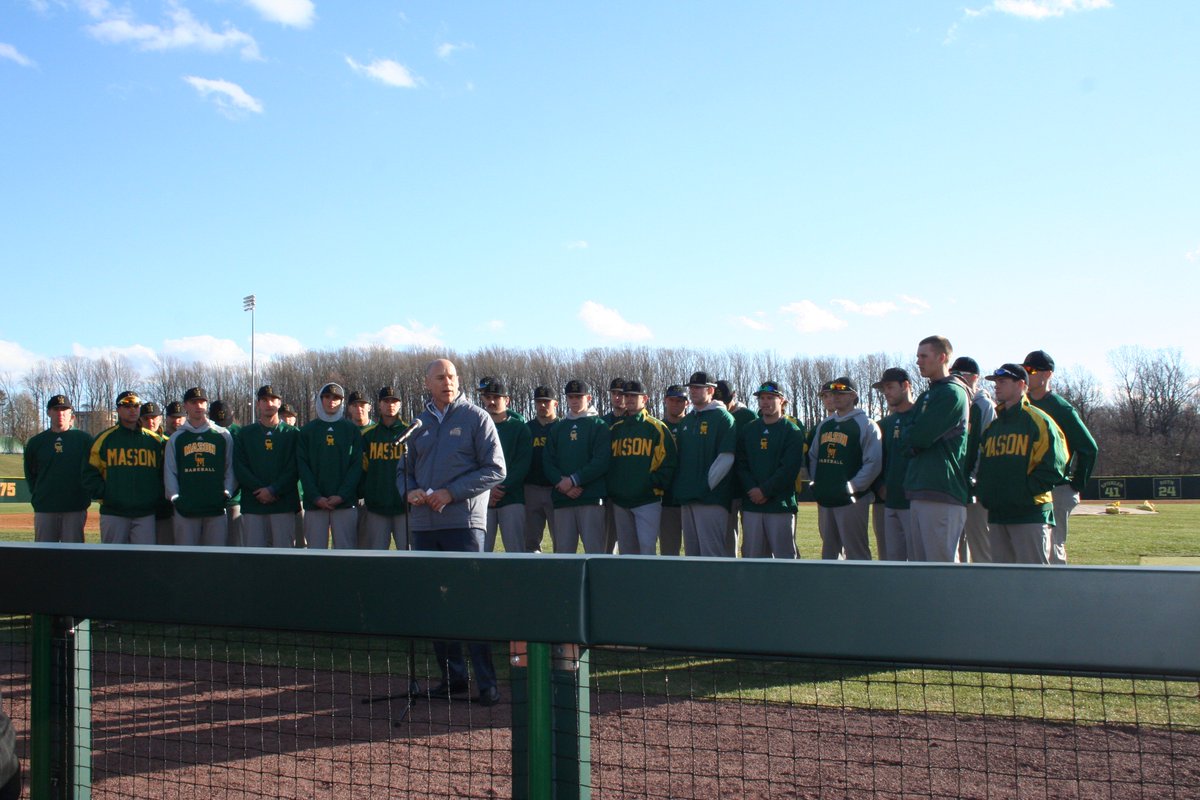 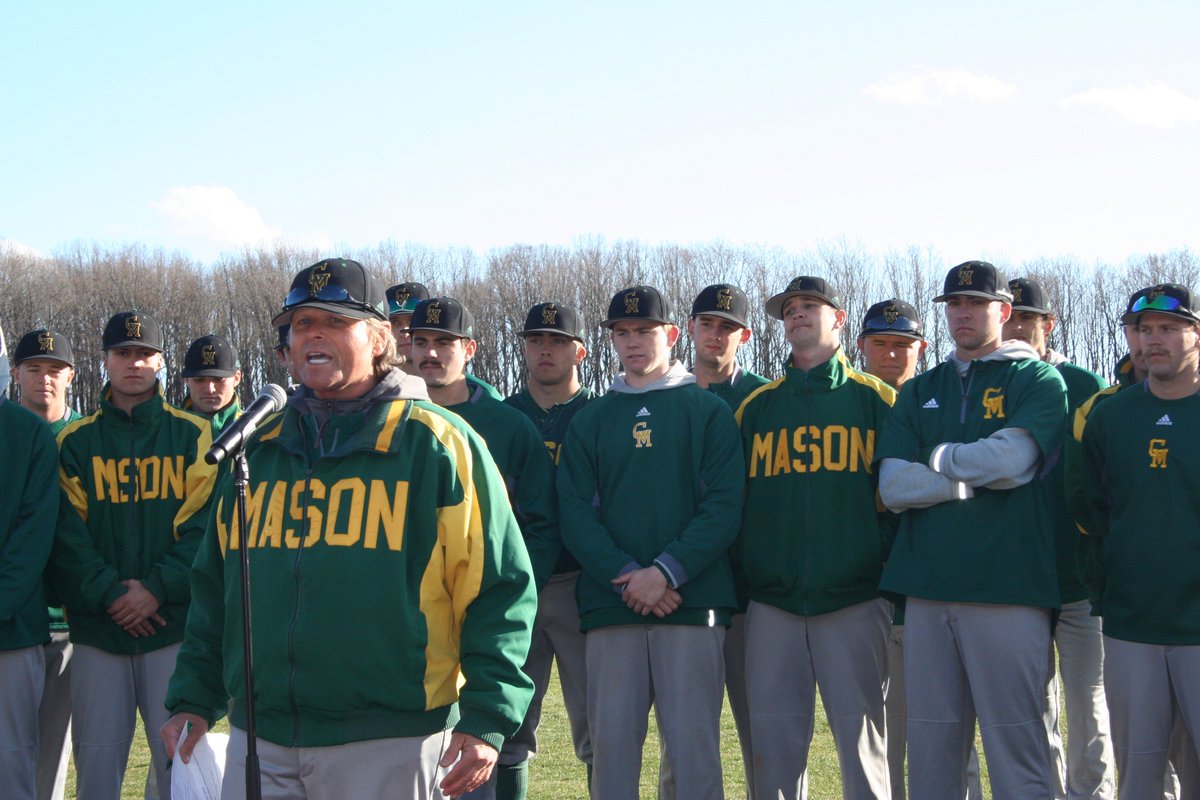 Could be another long slog of a season


Team to Beat: Rhode Island. The Rams turned heads last spring when they defeated host South Carolina in the first game of the Columbia Regional, 5-4, behind a sterling 125-pitch effort from ace Tyler Wilson. While the Rams went on to lose their next two games, that initial win put a bow on a 31-26 (21-6 A-10) season and could be a harbinger for future success. Wilson (13-1, 2.29) is back for his junior year and gives the Rams an edge every Friday night. Junior righthander Nick Johnson (2-1, 3.16) slots in behind him, converting from last year’s bullpen role. He pitches at 88-92 mph with a swing-and-miss breaking ball. Senior righthander Ben Wessel (6-4, 4.36) rounds out the rotation. Offensively, the Rhode Island will trot out a veteran lineup, led by senior switch-hitting catcher Martin Figueroa (.333/.394/.553, 8 HR) and junior second baseman Chris Hess (.306/ .380/.528, 6 HR). With their returning depth and a legitimate ace on Fridays, the Rams are in prime position to repeat as conference champions and earn their third regional bid in program history.

Washingtonian said:
But the Terps offered something else that appealed to Gum: a successful program with the chance to go deep in the NCAA Tournament.
Click to expand...

#7 seed G Mas defeats #2 Rhode Island 9-5 in first round of A-10 Tournament. Match-up with Davidson on Thursday morning.
G

An opportunity for a joint venture with Mason?

mason89 said:
An opportunity for a joint venture with Mason?

I wouldn't think so given the current investment/campaign into renovating our own stadium and the amount of NIMBY's surrounding our stadium fighting lights going in, etc.

I did just hear that the City of Alexandria is interested in talking to the team about relocating there, which is where they were prior to go to PWC.
M

Joe Shannon said:
I did just hear that the City of Alexandria is interested in talking to the team about relocating there, which is where they were prior to go to PWC.
Click to expand...

I saw that as well. Land would be the difficult part. I would be great to see, though.
OP
P

Schedule is a nice excuse to spend the month of Feb in South Carolina, or if you are a fan of the Butler baseball team...