I can only think that someone from the program yelled "Goodbye Norman" much like at the end of The Bottle Deposit episode of Seinfeld.
OP

"The Duquesne Dukes are losing a member from their starting five.

The 6-foot-3 shooting guard from Grand Rapids, Michigan has played in a possible 57 of 62 games at Duquesne and has been a full-time starter since the thirteenth game of the 2019-20 season. In four games this season, Norman was averaging five pointsper game and shooting only 23% from the field and 23.8% from three-point range.

PSN reached out to the Norman family for comment or reason for the decision to transfer and are waiting for a response.

To replace Norman, head coach Keith Dambrot could switch senior Tavian Dunn-Martin from being the first person off the bench and insert him into the starting lineup. As far as replacing his minutes, look for recent addition Ryan Murphy and freshman Tyson Acuff to have more prominent roles.

Duquesne is back in action on Tuesday night as they play their first home game of the season against Davidson. Tipoff from LaRoche University is set for 7 p.m."
OP

Starting PG Sincere Carry is leaving Duquesne ... Dambrot must be a real joy to play for because starting SF Maceo Austin is also reportedly considering a transfer.

If Austin does enter the portal that would be three starters lost in less than a week.
OP

gmujim92 said:
Starting PG Sincere Carry is leaving Duquesne ... Dambrot must be a real joy to play for because starting SF Maceo Austin is also reportedly considering a transfer.

If Austin does enter the portal that would be three starters lost in less than a week.
Click to expand...

Better news for Duquesne after the Carry news.
Quote Tweet

Maceo Austin Has No 'Intention on Transferring' From Duquesne https://pittsburghsportsnow.com/2021/01/11/maceo-austin-no-intention-to-transfer-from-duquesne/… via @pghsportsnow@A10MBB 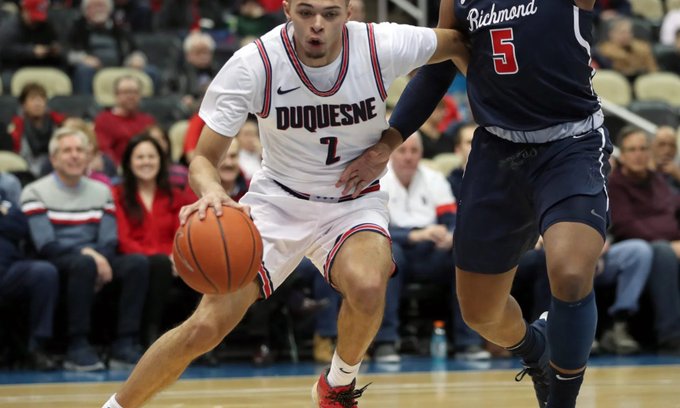 "Austin’s absence from the team is in relation to some off the court personal issues he’s dealing with and he feels its right for him to work those out before he returns to the team. The past 12 months have been challenging for Austin with the unexpected loss of his sister, as well as the COVID-19 situation that the country has been dealing with since March.

'I’m just taking a break to get right mentally,' Austin tells Pittsburgh Sports Now. 'I don’t want to have any bad energy around the team. I don’t have any intention on transferring. I’m just now sure when I’ll be back. I’m taking this process slow.'”
OP 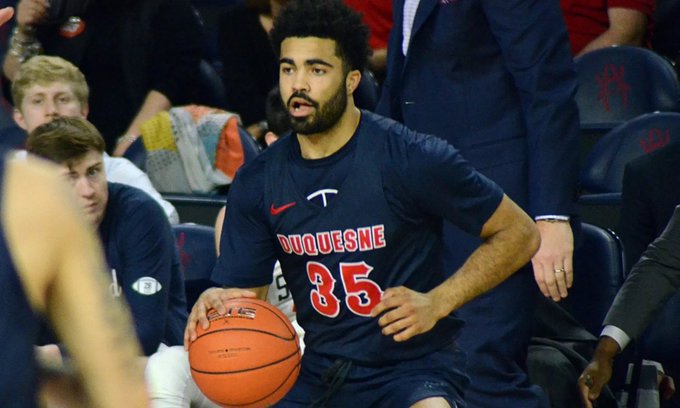 UMass Lowell has landed a commitment from LaSalle transfer Ayinde Hikim. Should have a chance to be a dynamic playmaker in the America East. 3 years of eligibility remaining.

GW transfer Jameer Nelson Jr. tells me that he has committed to Delaware.
OP


With this announcement, AJ Wilson is the only member of the recruiting class of 2016 who has not transferred, or is in the process of transferring from Mason:

So I'm guessing those rumors of him being fat and out of shape in the offseason are accurate?