Mason vs. JMU in Goodfellas


Some of you were probably at this game (and probably want to forget it)...you can now say you were in Goodfellas.

Somebody has too much time on his hands!

One of you contemporary hipsters with a TikTok account should tell the super sleuth who developed the video that he may be incorrect in his conclusion that the game on TV in the bar room background is a Mason vs Madison ECAC Tourney game. He assumes that since there are Mason cheerleaders on the court, and that opponents' cheerleaders didn't travel to perform at away games, that it was a tournament game. Incorrect assumption, as cheerleaders did travel, and well into the 90s, if I may add.

I went to a few Mason @ Madison games in the late 80's early 90s and our cheerleaders were there. In 1994, I attended a JMU game in which a JMU buddy of mine got thrown out of the arena for calling a Mason cheerleader "a fat f-ing pig" aside a Harrisonburg sheriff's deputy. My buddy wasn't the person who shouted that, but the cop thought it was him, escorted my buddy out, and cited him for unruly conduct at a public event. My friend opted to challenge the citation in court at which I was his star witness. The judge didn't buy my truthful testimony, under oath, and ruled that the citation would stand. So, yes, fellow fans, Mason cheerleaders did attend away games. Our sleuth deferred that his deductions were not an exact science, so he gets a small pass here.

Although, the 1984 ECAC Tourney was held at JMU, there is still not enough evidence that it was that particular game showing on the screen at the bar. There were some small regional cable sports networks around in 1984. Mason vs. Madison was a marquis regional matchup, so I am not certain that this is a regular season game or the deduced 1984 ECAC game. It could have been either. Great try, though!

⭐️ Donor ⭐️
GOLD SPONSOR
I've seen Goodfellas more than a dozen times — one of my top 5 favorite films ever! — and had no idea about this little nugget. I loved seeing Ricky Wilson's reaction to finding out he was in the movie.

I texted my buddy Brian Miller (#44) to tell him he was part of cinema history, but he responded that he was a senior in high school at Mount Vernon that year. The TikTok creator just showed Brian in the clip to confirm the uniform colors and style.

⭐️ Donor ⭐️
GOLD SPONSOR
The attention to detail in looking at video very closely can only be matched by a 1986 adolescent who turned to the Super TV channel at 11:30 PM and stated at the scrambled transmission for hours to see if he could find a boob.

Pikapppatri8 said:
The attention to detail in looking at video very closely can only be matched by a 1986 adolescent who turned to the Super TV channel at 11:30 PM and stated at the scrambled transmission for hours to see if he could find a boob.

That is focus and patience you don't find nowadays.
Click to expand...

You have now reached the end of the internet.......

A lot of this makes sense...this is how I look/feel trying to get all my weekend errands done before a game: 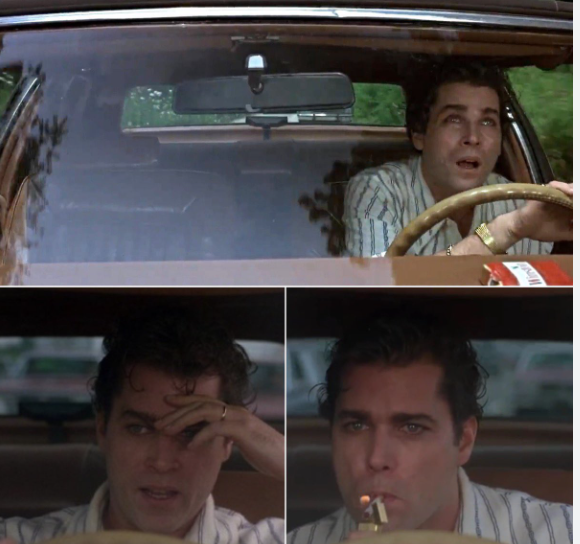