⭐️ Donor ⭐️
Today begins a new season for George Mason's Track and Field Teams. GMU is hosting the Father Diamond Invitational at the Field House. Here's a link to the GoMason article: https://gomason.com/news/2019/1/4/m...ational-kicks-off-indoor-season-saturday.aspx. Field events begin at 11am and Track events begin at noon.

⭐️ Donor ⭐️
OK. I've been totally remiss in my duties to update all of my faithful readers on the goings on of the GMU Indoor Track team. So, are they having a good year? Suffice it to say, we'll know after the A10 Championships, which btw are being held in our very own GMU Fieldhouse on 23-24 February 2019.

While we are waiting, I'll post some pictures and links to articles on the team … and Noelle, my daughter who is a freshman on the T&F team.

This is Noelle running in the Father Diamond Classic held the first weekend of 2019 at the Fieldhouse (photo courtesy of Patriotsince81).

Here is an article from GoMason about the two meets in Boston on the weekend of 1-2 February 2019 -> https://gomason.com/news/2019/2/2/mens-track-field-patriots-fare-well-at-two-meets-in-boston.aspx.

And after the meets in Boston, both Mason Men's and Women's teams climbed in the Southeast Regional rankings -> https://gomason.com/news/2019/2/5/m...en-women-make-jumps-in-regional-rankings.aspx.

Next we have the article, which contains the first mention of Noelle at the VMI Winter Relays, where the GMU Women won the Distance Medley Relay. Noelle ran the first leg of 1200m. GoMason article -> https://gomason.com/news/2019/2/10/womens-track-field-patriots-finish-strong-at-final-two-meets.aspx. And here's a couple of my own pictures to go along with the article. 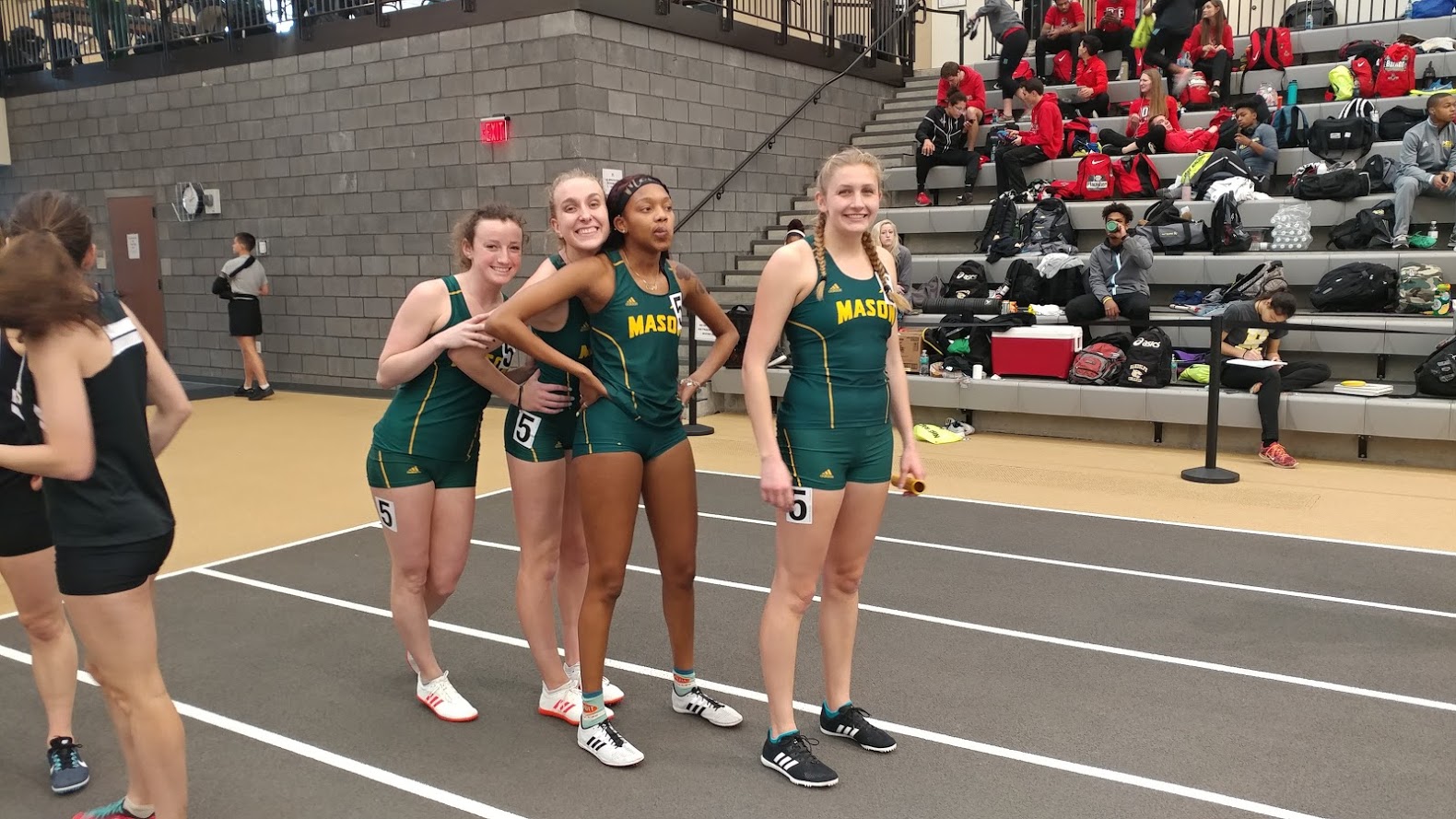 Noelle speeding around the track right after the gun to begin the womens DMR at VMI.

Remember, the A10 Championships are being held at the Fieldhouse on 23-24 February. Come out and support your George Mason Track and Field teams!
G